egybest
Watch #Malayalam full Movie #Kambolam (1994) is a Malayalam #romantic action movie.You can count this movie in the series of #Uppukandam Brothers, #Ezhupunna #tharakan etc. It's a typical so called "#Achayan" movie. Yes the story line goes through the series of whereabouts and events in a christian family. To be precise a rich family. Here as well there is a #villain. But unlike the others this movie has a #tamil background. There are a few #movies in Malayalam in which both languages are used. #Kambolam is one of that kind. Kambolam means the market. In this movie the said family are farmers in #Pollachi, Tamil Nadu.

They are faithfull in business and so they got good market and steady customers. And well it has invited the envy of the so called land lords who are Tamils too. Thommichan is the head of the family. His wife had passed away. And now he is living with his grown up sons. Kariya, Babichan, Royichan & Sannichan are his sons. Kariya is married to Molikutti. Thommichan's sister Alphonsa and her son Dany are in Gova. Chackochan is Thommi's brother. brother. Sannichan is a bit chocolate type. Murukaraja gountar is the landlord in that place. And he had kept a bunch of criminals to hold the market. Pavizham is his wife's niece. Narayana Ayyar
& Subramnaya Ayyar are Thommi's business partners. Narayana's daughter is Gouri. Her marriage was delayed due to problem in horoscope.

Movie starts with a beautiful traditional kerala songs. Bounded with the traditinal kerala farms. Followed by the get together of Thomman's family. They are now joining back from Kerala. The court had ordered to commit the "Thiruvizha' (Festival) by Naryana Ayyar & Subramani Ayyar. But the crooked Murukaraja Gounter disn't mind it at all. He rushed to the temple. He called his hinge-men and they attacked both. Mean while Thommichan and sons started to the scene. But before they read Narayana Ayyar got stabbed to death. In the following struggle Chackochan also stabbed to death. And the criminal, Oppara imprisoned for 8 years. This is the first twist in the movie.With that incident Thommichan and family decided to stay bold.

They strengthen their business in all ways. Kariyachan & wife joins the Pollachi house. Followed by some romantic whereabouts of our chocolate boy. The next in the intro of Dany. Annichan accidentally mis behaved to Gounter's daughter, upon her complaint they rushed to him. And tied molikutti & Alphonsa. And they beat Babichan, Before they do any thing more, Dany arrive in a classic style. You may see the marshal artistic performance by Babu Antony as usual. The next twist is the entry of Pavizham. Gouter wanted her to be his daughter in law to grab her all wealth. But she was not ready for it. So one night she ran away from him.

And accidentally get into Dany's room. Her parents were died long ago. After hearing her story he allowed her to stay with him. He started to love her eventually. And they got married. Gouri's marriege was scramble by Gounter. Babichan married Gouri upon the interest of his father and saved a poor girl's life. .But a tragedy was awaiting the whole family. What was it? Is it by Gounter and team? or any thing else? Watch full movie 'Kambolam" to reveal it. 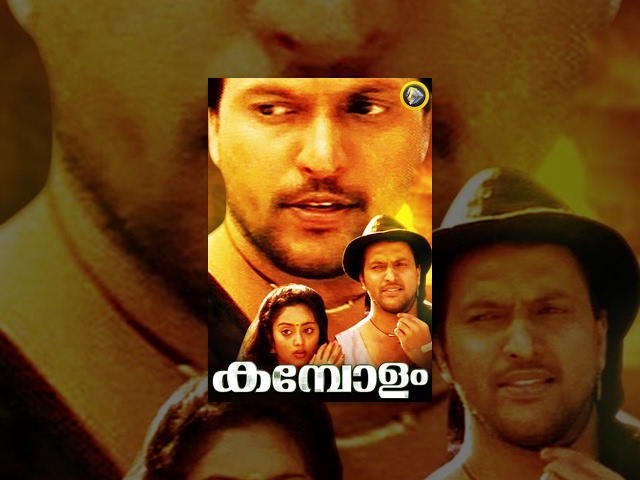 Watch #Malayalam full Movie #Kambolam (1994) is a Malayalam #romantic action movie.You can count this movie in the series of #Uppukandam Brothers, #Ez...