Al-Qaeda and the Islamic State of Iraq and the Levant (ISIL, also known as ISIS) have always considered "the West" - and the United States in particular - the ultimate enemy.

But following President Vladimir Putin's policy of military involvement in Syria, Russia may have taken its place as ISIL's main target.

Thousands of ISIL fighters from Syria, Iraq and elsewhere are regrouping in the virtually impregnable mountains of Afghanistan, plotting revenge against the Kremlin.

ISIL's high command have given orders to target Russian cities, with thousands of trained fighters ready to act at any time.

Most recently, a lone terrorist on the metro in St Petersburg demonstrated the vulnerability of any modern city. On a moving train, in the middle of the day, a young Uzbek man with Russian citizenship detonated a bomb made with TNT and packed with shrapnel. Dozens were hurt and 15 killed. The bomber was later reported in the Russian media to have been in Syria with ISIL in 2014.

The Russians maintain that they are monitoring ISIL's movements closely, claiming lack of concern regarding threats from the group.

The Russia-Afghanistan connection is nothing new, with a decades-old history laced in conflict.

The Soviet-Afghan war, led by Leonid Brezhnev first and then Mikhail Gorbachev in the mid-80s, was waged against insurgent groups known as the "mujahideen" and the Democratic Republic of Afghanistan. After almost a decade of war, they were driven out by a coalition of Afghan tribesmen led by the charismatic Ahmad Shah Masoud, who became known as the Lion of Panjshir.

When the Soviet army eventually withdrew in 1989, the power vacuum made way for the rise of different armed factions which would slowly tear the nation apart - allowing the Taliban, al-Qaeda and ISIL to take root in Afghanistan.

Zubair Massoud, the nephew of Ahmed Shah Massoud, is the adviser to the Afghan National Security Council. He sees the recent influx of ISIL fighters as a major threat to Afghanistan and its neighbouring countries.

As well as attacking isolated villages, ISIL has brought terror to the capital, Kabul. In one incident alone, 80 people were killed in a suicide bombing. So if they manage to infiltrate Russia with the number of trained sleeper cells they speak of, then the carnage they currently create in Afghanistan is merely a precursor to their plans for Moscow, St Petersburg, and other target cities.

Zamir Kabulov, President Putin's special envoy to Afghanistan, appears dismissive of the growing threats across the borders from Russia. He says that the worst-case scenario would only be realised if ISIL were able to create instability across Central Asia, flooding Russia with refugees that could cause a security issue.

Massoud fears that the Russians and other neighbouring countries to the north of Afghanistan may not understand the extent of the situation, with numbers of fighters in the region growing at an exponential rate.

With unprecedented access, ISIL: Target Russia looks at how ISIL and its splinter groups are training and organising to move fighter units north, through the Caucuses, with the intent of attacking Russia. We profile some of ISIL's women fighters and meet commanders and fighters in the remote mountains of northern Afghanistan who explain that their plan to hit Russia is already well underway. 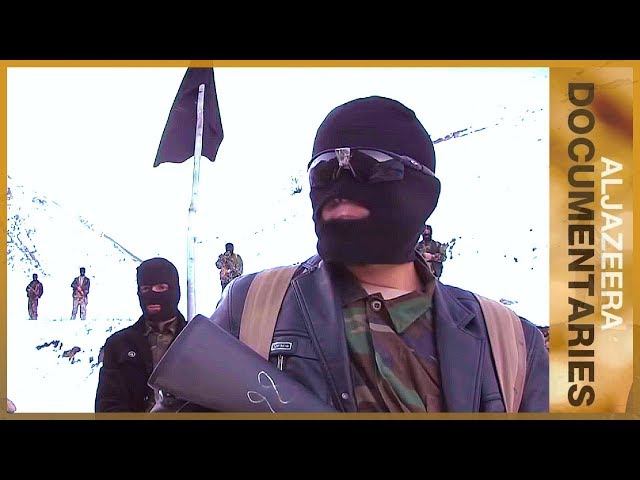 Al-Qaeda and the Islamic State of Iraq and the Levant (ISIL, also known as ISIS) have always considered "the West" - and the United States i...