Aby (Kunchacko Boban) and Sona (Shalini) are neighbors and family friends. They were brought up together and have been together since childhood. They share a special friendship and romance is nowhere in their plan. They are pair of pranksters, fun-loving and always up to some tricks. Their families find their friendship special, and their friends call them Siamese twins (having never seen them away from each other).

The story takes a turn when Sona goes to Bangalore to participate in a youth festival. Aby misses her so much that he realizes that what he feels for her is more than friendship. He is all set to tell her his love when he realizes that he doesn't know how she feels about him, and he feels he should not take undue advantage of the freedom their parents have given them. When Sona returns, she tells Aby about Prakash Mathew (Boban Alummodan), who proposed to her when they were in Bangalore. Sona, who is confused about her feelings for Prakash, confides in Aby, who encourages her to confess her feelings to Prakash. Sona and Prakash become a couple but this brings unexpected strain into Aby's and Sona's friendship. Prakash's reactions to Aby's closeness to Sona makes Aby realize things will never be the same again. Aby, realizing that Sona is hurt by Prakash's actions towards him, starts showing interest towards Varsha (Jomol), who has always been in love with Aby. Aby starts avoiding Sona and starts spending more time with Varsha. This infuriates Sona.

Meanwhile, Prakash and Sona's marriage is fixed. Varsha asks Aby to meet her father, but he does not turn up for the meeting, giving excuses. Varsha later tells him that she realizes that he loves Sona and as long as that is the case, he would never reciprocate her feelings and it is best to tell Sona the truth.

Arrangements start for Sona's marriage to Prakash. After a dinner where the families of Aby, Sona and Prakash discuss marriage, Sona realizes that she will be moving to the US, away from her parents and Aby . She gets emotional and asks him why he never loved her, then everything would have been perfect! Aby is overcome by emotion and hugs her. He apologizes and leaves immediately. Sona is shocked at the extent of his feelings. She goes to his house and finds a card in which he has written SUK-RI-YA (which in the movie means "I love you") near her name. Sona is hurt and gets angry at Aby for having hidden so many things from her. She finally tells him that she loves him too. Aby tries to pacify her and make her understand that it would be inappropriate to tell their parents at this stage.

Sona gets engaged to Prakash and Aby decides to leave before the wedding. Their parents are baffled at his sudden decision to leave and try to dissuade him. Aby is adamant and Sona goes to leave him to the railway station. Their parents find out that they are in love and come in search of them, to find the pair sitting on the stairs of the station, Aby not having left. Their parents suggest that they get married as they are special for each other. 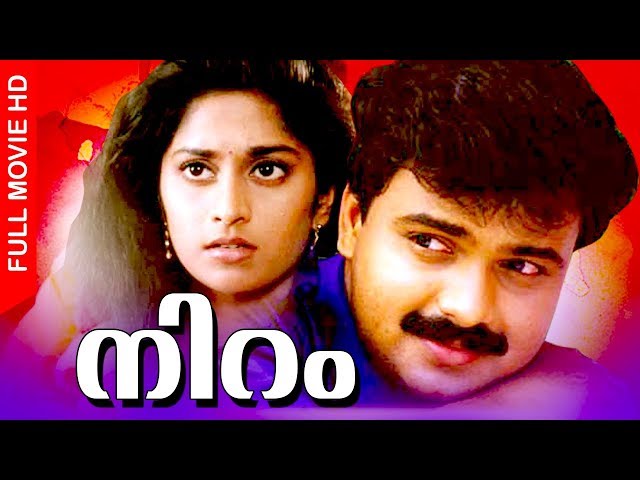 Aby (Kunchacko Boban) and Sona (Shalini) are neighbors and family friends. They were brought up together and have been together since childhood. They ...