Thanks for watching!
Please 'Like & Share' if you enjoy the video!
PLOT : Shaun, an unusually bright and clever sheep, lives with his flock at Mossy Bottom Farm, a traditional small northern English farm. In each episode, their latest attempt to add excitement to their dull mundane life as livestock somehow snowballs into a fantastic sitcom-style escapade, most often with the help of their fascination with human doings and devices. This usually brings them into conflict—and often into partnership—with the farm sheepdog Bitzer, while they all are simultaneously trying to avoid discovery by the Farmer.

CHARACTERS ( MAIN) :
--Shaun-- is the protagonist of the series and, despite being the skinniest of them all, the leader of the flock. He is a clever, confident sheep, prone to mischief but equally adept at getting himself and/or his friends out of it. As there is no dialogue, like all the sheep he communicates entirely through bleating, and often explains his ideas to the flock by drawing diagrams on a blackboard. He has a good friendship with Bitzer, though this does not stop him from playing pranks on him at times.
--Bitzer-- is the farmer's loyal, long-suffering sheepdog, dressed for work in a blue knit cap, black collar, knitted wristlet and large official-looking wrist-watch, carrying a clipboard and walking upright or on all fours as needed. He communicates, canine-fashion, via barks, growls, and the occasional whimper. He also gives instructions to the flock by blowing a whistle. Despite a tendency to be caught out listening to music, he takes his job very seriously, to the point of occasionally letting his power go to his head. He is however a generally good friend to Shaun and does his best to keep the whole flock out of trouble.
--The Farmer-- is a bespectacled, balding man who runs the farm with Bitzer at his side and acts as the flock's primary if unwitting nemesis. His livestock's main concern is to ensure he remains completely oblivious to their unusual sentience, a task made easier by his conventional, unobservant nature but complicated by his enthusiasm for picking up new hobbies. He can be heard frequently making wordless noises or muttering under his breath just audibly enough for the viewer to pick up on his meaning. His disastrous attempts at dating are a running joke of the series. In the 2015 movie, he is referred to as Mr. X by those who don't know his identity.
--Shirley-- is the largest member of the flock. A gentle giant, she is usually seen placidly eating, though she's intimidating enough to have defended Shaun from Pidsley the cat. She's so big that large objects routinely disappear into (or are deliberately hidden in) her fleece, and she quite often gets stuck herself, needing the other sheep to push, pull or even sling-shot her out of trouble. However, her size can also come in very handy when what's needed is a battering ram or similarly immovable object.
--Timmy--, Shaun's cousin, is the flock's only lamb, and thus often the innocent centre of the chaos. He appears to be a toddler in this series, and is often seen sucking a dummy. The spinoff series Timmy Time chronicles his later adventures in preschool.
--Timmy's Mother--, Shaun's aunt, wears curlers in her topknot and is a bit careless about maternal duties, even using Timmy once as a makeshift paint brush. But when her offspring goes astray, she is inconsolable until he is safely back in her care.
--Nuts-- is quite an eccentric, but useful sheep and usually like the rest of the flock, accompanies and helps Shaun. But the thing that makes him stand out from the flock is that he has two different shaped eyes and a different shaped nose.
--Hazel--, Hazel's nerves often get the better of her – she's a timid little sheep who jumps at the slightest thing and can frequently be heard bleating nervously. When Farmer's caravan rolls off towards the city, Hazel can barely contain her fear – this is the stuff of nightmares! But when she finds herself carried along with the rest of the Flock in hot pursuit of a runaway caravan, Hazel discovers she's much braver than she ever imagined, and that while life in the city might be scary, it's good to face your fears every now and again.
--The Flock--, like typical sheep, tend to follow Shaun and one another, are obedient to orders and generally form one big happy if sometimes fractious family group. Unlike Shaun, however, they are not particularly bright, which becomes a problem when combined with their ongoing fascination with the human world. It's usually Shaun and Bitzer who sort out the resulting mess.
--The Naughty Pigs--, whose pen is adjacent to the sheepfield, are bullies to Shaun and his flock, always trying to antagonize them and get them into trouble. They are, however, scared of Bitzer (though they still take the chance to bully him whenever possible), and they get told off by the Farmer in "Pig Trouble". 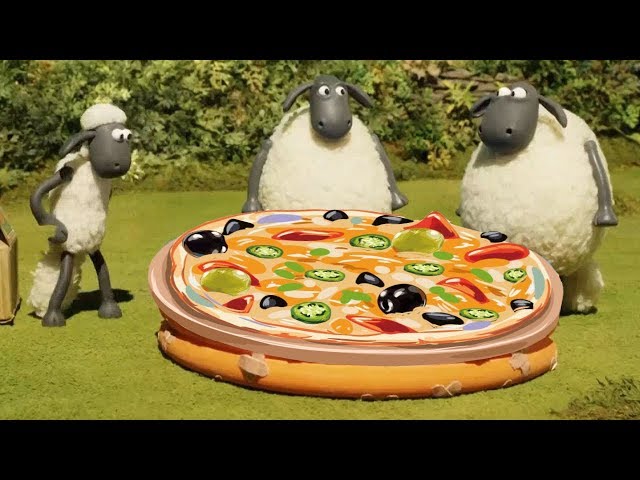 Thanks for watching! Please 'Like & Share' if you enjoy the video! PLOT : Shaun, an unusually bright and clever sheep, lives with his flock at Mossy B...