Captain Rajveer Singh (Sharman Joshi) and Captain Quereshi (Jaaved Jafferi) are battalion captains of India and Pakistan - two countries forever embroiled in conflict and turmoil with each other. However, on the actual battle-field, Raj and Quereshi and his troops form an unlikely friendship and camaraderie, reared on a love for conversations on Hindi film songs and non-veg food. Midst them, arrives Ruth Dutta (Soha Ali Khan), an ambitious TV reporter, assigned to make a documentary on the lives of the soldiers of these two sides, as reported from on-ground. But when war is announced between these two countries, the easy friendship between the two sides is tested and conspiracy theories are hatched - all with hilarious results. In the end, the question which haunts everybody is : why the war and to what end? 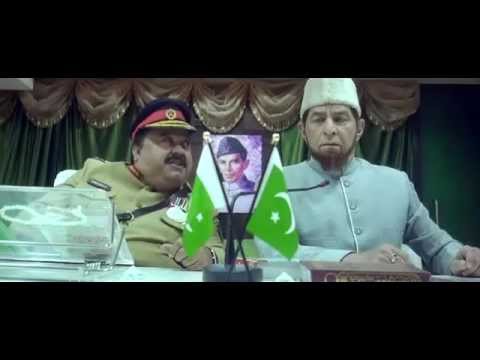